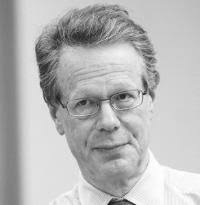 We are delighted to announce that Mr Stephen Lewis, a Law Commissioner, for The Law Commission of England and Wales, will be joining us as a guest speaker.

This is an incredible opportunity to meet and talk with, one of the architects of contemporary law reform, and discuss the impact it will have on all of us.

Stephen was appointed as The Law Commissioner for Commercial and Common Law in January 2015.

The Law Commission is a“ Statutory Independent Body” and was created by the Law Commissions Act 1965 to keep the law of England and Wales under review and to recommend reform to Parliament where it is needed.

They are appointed by the Lord Chancellor and Secretary of State for Justice.

Prior to his selection and appointments as The Law Commissioner , Stephen was a highly experienced city solicitor. For the 10 years prior, he was a consultant at Clyde and Co, working within the firm’s international insurance and reinsurance group. He joined Clyde and Co after almost 20 years as a partner at leading “magic circle” practice Clifford Chance.

Stephen has over 30 years’ experience working in litigation and dispute resolution and since 1983 has been primarily focusing on insurance and reinsurance. He has been a member of the Committee of the British Insurance Law Association since 1995 and was Chairman from 2010-12.